Who Is Amber Vinson 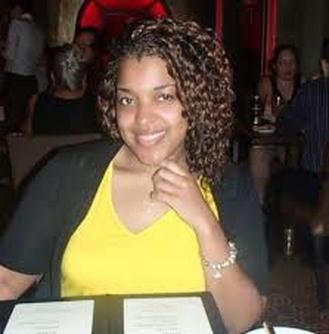 I am really disturbed about the fact that we have received very few updates about the African American nurse from Dallas, Amber Vinson who was stricken with the Ebola virus. I’ve seen several news clips and press conferences about the other nurse Nina Phan. I’ve also seen a video of her talking while sitting in her bed at the facility in Bethesda. We were constantly updated on her journey to Bethesda until she landed around 11pm last night. Amber Vinson seems non-existent. Honestly, the obvious distinction in the relevance between the two women has me concerned. I would to feel like race is not a determining factor in the type of care and media attention that each of these women receive. Maybe Amber and her family requested to have low media coverage, but it’s just important to receive updates about her condition as well. Well since the only way to know anything about Amber Vinson is to research it online, I’ll take the lead in putting out the information. Amber Vinson is a bride to be. She was making the trip home to Cleveland, Ohio to look for gowns for her upcoming wedding. She is supposed to get married in 2015. According to her pastor, Lorenzo Glenn, Amber placed an emotional call to him to inform him that she also had been stricken with Ebola. Vinson stated, “The protective covering that she wore while caring for fatal Ebola victim Michael Duncan, left her neck, legs and eyes exposed.” Vinson also stated, “I am just afraid.” Vinson was given the ok to travel from the CDC because her temperature was not in the danger zone. She traveled to Ohio on October 10th and spent the next several days with family and friends. Once Amber Vinson learned about her colleague Nina Phan, she became fearful. During the remainder of the trip, she would not let her mother or any of her other family members come in direct contact with her for fear of contamination. While Amber and her family were on their way to the airport, her mother called their pastor, Rev. Lorenzo Glen to pray for Amber. He then shared a passage from psalm 103 with her and that’s when she revealed that she was afraid. On October 13th, she returned to Dallas, Texas on a plane with approximately 130 passengers. The CDC again gave her permission to fly. Later on that evening, Amber Vinson called her mother and told her that her temperature was going up and she was jaundice. She then told her mom that was about to call the hospital. Her family said in a statement Thursday that “Amber is stable” and thanked the public for its prayers and well-wishes. They also added that the nurse “followed all of the protocols necessary” when caring for Duncan. My prayers go out to Amber Vinson and her family. I pray for her speedy recovery so that she can have her special day in 2015!

1 Praise the Lord, my soul;

all my inmost being, praise his holy name.

2 Praise the Lord, my soul,

and forget not all his benefits--

3 who forgives all your sins

and heals all your diseases,

4 who redeems your life from the pit

and crowns you with love and compassion,

5 who satisfies your desires with good things

so that your youth is renewed like the eagle’s.