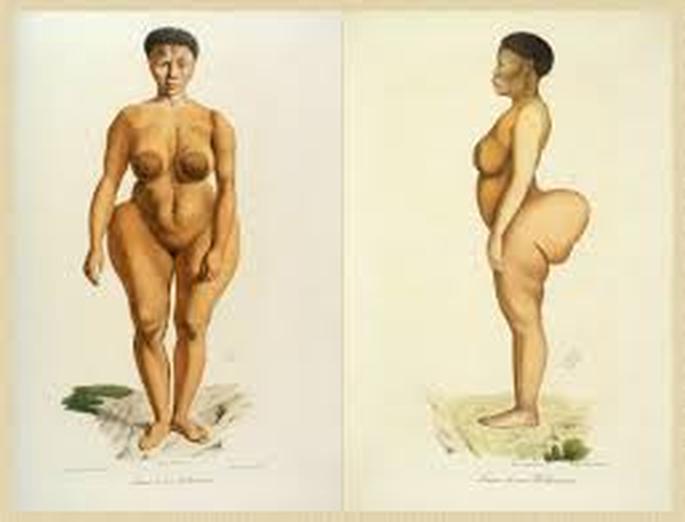 She wasn’t like you, she didn’t want the attention. She didn’t need to fake her way through life to get noticed by men, it came naturally. The body you pay thousands of dollars for, was native to her. She had the big butt, the big breast and the nice lips, but she lived in a time where these things were considered abnormal, and for this she became the town freak-show. While she was working as a slave, she was noticed by a British doctor who persuaded her to travel with him. Not knowing what he had in mind, she soon found out she was put on display for everyone to see. This was only her first stop. Her exhibit was moved to Paris for another pair of eyes to see. For her, Paris wasn’t the city of brotherly love. After her show, she was later sold into prostitution for her body to be sexually violated, as if people looking and laughing at her wasn’t enough.  Tragically, Sarah Bartman died at the young age of 25. This is a history lesson. The attention you pay thousands of dollars for, Sarah Bartman got naturally. She was a side show, a freak that people made a mockery of. Present day we are still slaves to attention, but we pay money for our own demise.