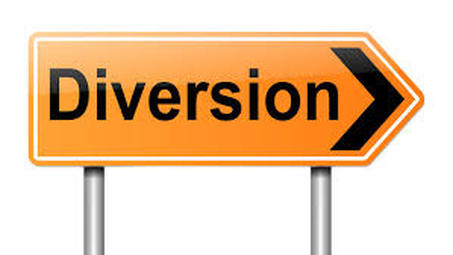 If Wilson isn't indicted, 15-year-old city resident Kim Randel said she fears "there's going to be no Ferguson" and thinks it’s "going to be worse than before."

Missouri Gov. Jay Nixon on Monday declared a state of emergency and activated the National Guard in advance of the grand jury’s decision. The FBI on Friday sent an unspecified number of agents to the area to assist local police. Jennings school district, located between St. Louis and Ferguson, cancelled school on Monday and Tuesday due to the "heightened anxiety and activity" over what might happen.

The students' changed schedule is one of many adjustments people in the community have made, including a delay during the first week of school in the immediate aftermath of Brown's death. "I just want everything to go back to normal," said resident Sylvester Sanders, 65. "I don't want to see Ferguson become a ghost town."

Many business owners, some of whom have affixed wooden boards to their buildings, are worried because sales have plummeted since August. "Everybody has lost substantial business," said Don McMullen, the owner of Solo Insurance on West Florissant Avenue, the epicenter of some of the protests and violence.

Those who don’t run businesses are also concerned their livelihoods will be affected. "If we have to close early, I'll lose hours," said Lisa Sykes, 50, an employee at nearby Ferguson Laundry. "Ferguson’s a beautiful place. I just hate to see this all happen," Sykes said. She added that if Wilson isn’t indicted, she will "pray for peace."

Others have a different plan. If clashes similar to those that erupted in the summer break out, Brett Thomas said, "I’ll arm myself, just like everybody." Gun dealers have reported a significant surge in sales in recent weeks and the St. Louis County Police Department said there has been a spike in the number of concealed-carry permits issued since Brown’s death, according to Reuters. "It's like a war zone," Thomas said. "Everybody's looking over their shoulder."

Others in the community agree that Ferguson will never be the same, but they hope the political dialogue following Brown’s death leaves a positive mark on the city. The Rev. Robert Rosebrough, of Ferguson's Blessed Teresa of Calcutta church, said the lessons learned in Ferguson over the past four months have pushed long-standing issues of racism and "selective arresting" to the foreground. "For a long time people accepted things as they were and it was what it was, and now we have a chance to step out and make something different," Rosebrough said.

"I think whatever happens will start great conversation," agreed longtime resident Jeff Appel, 37. Appel said he welcomes protesters "as long as everyone is peaceful."

On Saturday, with the grand jury’s decision looming — and a holiday also approaching — Brown Sr. and his wife handed out turkeys to Ferguson residents. "They’re trying to have people do positive things," the family’s attorney, Benjamin Crump, said on MSNBC. "What you saw was an example of him reminding people that we are a good community."