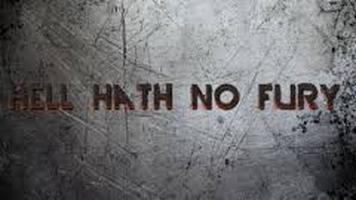 Going to the mall with a few of my girlfriends was something that we did almost every weekend.  What more do teenagers like to do other than shop? The fact that I had a car made the experience even more exciting because it created a sense of independence that was worth more than the price of gold back then.  I can remember walking through the mall with my cute little outfit on, hair finger waved and French rolled up to the sky, looking like my head would tilt over any minute. At times, my hair would be so tall that it would hit the ceiling of the car so sometimes I would have to slouch down to drive so I wouldn’t mess it up.  Needless to say, it was what was in style; I just took it to the next level, just like everything else I did.  I was an innovator. I liked to stand out amongst the rest, and back then, my hair was definitely one of my key signatures that made me locally famous. The best part about it was that it was all my hair, that’s right, no tracks. I remember being asked that question 100 times a day. Is that your real hair? “Yes”, I would often reply, sometimes sarcastically. I mean people asked that question as if it was impossible for a regular black girl to grow beautiful thick hair, I mean really.  We strolled along through the mall, observing and being observed.  We would often comment on who was cute, who looked like they had money, and who we should look away from. As we walked, everything started moving in slow motion when I caught the eye of a tall, dark and handsome young man with pretty hair.  That was definitely a signature for pretty boys back then. He had to have pretty hair. Wavy or curly, it didn’t matter. His hair just had to be doing something other than sitting on top of his head looking nappy. Some things were just totally unacceptable. Yuck!!!! Time just stood still when this beautiful specimen of a teenaged boy asked me how I was doing. I could have fainted. Not knowing what to say, I just ignored him and kept walking. Knowing that he wouldn’t take too kindly to the rejection, he walked up beside me and asked me again. He said, “Hey beautiful, How you doin’?” I replied, “Fine!” He said, “I can see that!”  I was flattered. I smiled so hard my jaw muscles got sore.  We chatted for a bit then we exchanged numbers. See there were no cell phones back then so we needed a pen and some paper to get the digits. In desperate times when paper was not readily available, phone numbers were often written on the hand or on dollar bills as a temporary fix. As fine as that thing was, he could have written his number on my cheek, thigh, or wherever he wanted to write it. I just needed to make sure that I had it, because I knew I wanted to see him again! Damn, was this what I had been missing? I was the last one of my friends to lose my virginity, but from the looks of things, my virginity was on her way out the door, and soon!!!!!  My new heart throbs name was Todd, and I affectionately called him Toddy!  I could just look at him and tell that he had more experience than I did in certain areas.  He just had sex oozing out of his pores. He was tall and fine as hell. I actually had to look up to him and stand on my tip-toes to kiss him. It’s nothing like a tall, dark, handsome black man!!! Um, um, um he was scrumptious.  Todd had the whitest teeth and the deepest dimples I have ever seen.  He was what I considered to be the perfect male specimen.  He was a ladies man and I knew it, but it didn’t matter because I wanted him. Toddy was a basketball star at one of the local high schools so the girls always threw themselves at him all the time.  He was guaranteed to have all kinds of scholarships. His stats had been through the roof all season.  He had been playing b-ball since he was 4 and he was better than good at it.  Toddy had swag and I was so attracted to him. We dated and surprisingly he was very sweet. He was the buy flowers and send cards kind of guy, so I fell for him quick and hard. One night, he asked me to come over and I kinda knew this was going to be the night.  He knew I was a virgin and it seemed like that made him even more attracted to me.  I guess it was the divide and conquer theory that made him want me more.