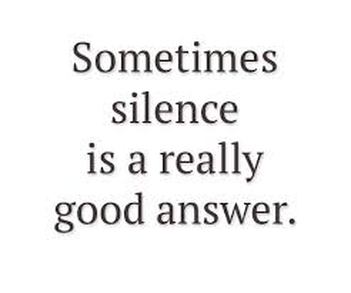 Transition can be a good thing sometimes, but sometimes many changes at once can be overwhelming. Many times anxiety can develop from the ending of an old situation or from the possibility of a new one. When we are hurt or disappointed by someone, we want to know why. We look for them to repair the broken heart and promises that caused our unhappiness.  Unfortunately, the answer to the why’s are not about the other person. We must look within to get the answers to our questions. Some things need no further dialogue. The handwriting was on the wall a long time ago. After months and months of repetitive discussion, attempting to recreate the scenarios that led to the break up, just stop!!! The absolute worst thing in the world is when you decide to genuinely release a situation, only to realize that there are remnants that linger in your spirit.  You have gained all of the knowledge about someone that you need to make an intelligent decision that dealing with them was a really big mistake. You come to terms with yourself about your role in the bad decision.  You even pray about it, accept the loss, decide to heal and attempt to move forward.  Finally, you can exhale a bit once the communication ceases. You start a daily countdown. Day 1-no calls, and eventually you realize it’s been 1 week, then 2 and still no calls.  You exhale again then one day, the silence is broken and all of the anxiety that you released comes back. Immediately you become the target for all of the bad things that happened in the relationship. It’s almost like a twilight zone experience. This person is having a ball playing the blame game. They want a fight! You realize that you don’t even have the energy to defend your position anymore. What’s the point? Blaming someone else for the destruction of a relationship that’s been long over is wasted time and energy. No matter what, some people just choose to live in a world of delusion and their entire existence is truly a make- believe experience. If someone never wants to take responsibility for his or her actions, you’ll always be fighting a losing battle with them. You’re just over it! You get to a point where your only closure is that it’s OVER! Even it if everything that the person said is a lie, even if they don’t apologize, even if they can’t admit what they did to you, as long as they leave you alone you can close the door, dead bolt lock it, and throw away the key yourself!!! It comes to a point when you must take an invisible eraser and delete all of the fragments of someone from your life!! You cannot allow the burden of someone else’s convenient amnesia to dictate your mood or your existence. There are no more goodbyes left and the sound of your silence becomes the only logical solution!

Proverbs 13:3-Whoever guards his mouth preserves his life; he who opens wide his lips comes to ruin.