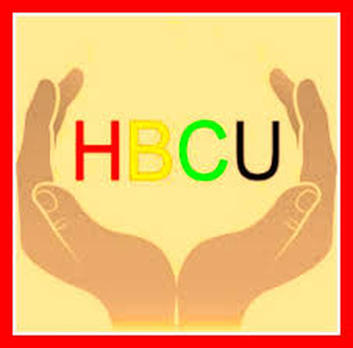 I had a conversation with some young men the other night and they really made me think. We were talking about college and the reasons why African Americans choose certain institutions. One of them said that he doesn’t agree with attending a historically black college and he was African American. I was really thrown off by the statement until he explained why. He said that college was supposed to prepare us for the real world, and the environment of a HBCU is not a true depiction of that. We will not always be in a culturally controlled environment once we graduate. As I began to ponder on his theory I had to admit, his point made sense. When I look at the minimum GPA and standardized test requirements for black colleges as opposed to more culturally diverse colleges, it seems that we are already expected to be under achievers. After further investigation, I also found that standardized test scores are significantly lower and the drop-out rate is higher in more urban areas than they are in more culturally diverse environments. As African Americans, it seems that we need to feel racially comfortable. Unfortunately, the real world is not set up that way. Segregation is defined as the action or state of setting someone or something apart from other people or things or being set apart. As much as “we” hated to be forced into segregation, it seems that present day, we find many ways to put ourselves in segregated environments. Honestly, I attended a historically black university and I admit; I had fun. When I was younger, it was understood that following the tradition of the HBCU was already embedded in my DNA from birth. There was a certain pride that went with the label. It was cool to see people that looked like me, walked liked me and talked like me. Was it really cool though? Was it a very superficial reason to make such an important decision about my future? I wonder how many black students coming out of high school would actually attend more culturally diverse schools if they actually qualified to get in. With the minimum GPA resting at a 3.0, the average SAT score between 1100-1450, and the cost of tuition, it seems like many African American students that want to further their education really don’t have a choice accept to go to a black school. I definitely support HBCU’s. I love the energy in the atmosphere during things like homecoming and other events when students can bond and display solidarity. I think these environments create a conscious perspective and build self- awareness. Unfortunately, I think that we get pacified and become complacent when we are always around people who we can relate to. I learned several years ago while attending a multi-cultural middle school that the expectations of more diverse environments were a lot higher than the expectations of the neighborhood elementary school. My real world awakening happened when I was in the 7th grade. When we are in more diverse environments, it challenges us to become well rounded and work at a higher standard. Many times we must view all angles of a situation. It’s not beneficial to be one sided in our decision making process. I’m not saying that I would not have still chosen to attend a HBCU, but what I am saying is I would have weighed the pros and cons and not just based my decision on the fact that the environment was all “black”!

Please read the article below that further explains the point of this topic. It doesn’t mean you agree, it just means that you’re becoming informed!

The Quest to Racially Integrate: African Americans and Higher Education

The relationship between people of color and institutions of higher learning has undergone several stages since the 1950’s. White colleges and universities upheld standards and morals that created reputations of very prestigious places of higher learning.  Colleges began their admissions process by simply accepting students who could financially afford to attend their institutions, sometimes regardless of their racial make-up. Although some schools had no policy against the admission of students of color, it was very rare they would attend college or that which was composed of mainly Caucasian students. Essentially banned from all-white institutions, African Americans had to resort to other methods and techniques of ensuring they would obtain an education. Historically Black Colleges and Universities became a venue for African Americans to better themselves and push for the same opportunities their White counterparts had. With the results of the Civil Rights Movement and landmark case Brown v. Board of Education, admissions policies began to change, opening up more opportunities for African Americans to attend all-white institutions.

Historically Black Colleges and Universities and the 1950’s

Because very few were able to attend all-white institutions in the 1950’s, African Americans went to Historically Black Colleges and Universities. Historically Black Colleges and Universities (“HBCU’s”) were originally created in 1837 as the Institute for Colored Youth with hopes of training African Americans to become teachers (Coleman, par. 3). Since then, the institutions have evolved into a chain of schools that are geared towards providing quality education for African American students who might not otherwise attend college due to socio-economic disadvantages, academic disadvantages, and effects of segregation policy in the United States. In the 1950’s this meant students attended HBCU’s in hopes of achieving their version of the American Dream by defeating well enforced stereotypes. Well known figures that attended and graduated from HBCU’s include Civil Rights lawyer Thurgood Marshall, Martin Luther King Jr. and Alice Walker. Virtually no African Americans have been able to attend all white institutions in the 1950’s and the few that did were able to do so because they had the financial means – something very few African Americans were able to do.

With the landmark Supreme Court case Brown v. Board of Education in 1954, the pattern of African American attendance in college institutions began to drastically change. In the case, the Supreme Court ruled that separate public schools for African American children were unconstitutional because the facilities for white and black students were substantially unequal. Although the case only applied to American public schools, colleges and universities around the nation felt the pressure to racially integrate through such cases and other efforts of the Civil Rights Movement. For instance, liberal arts institution Trinity College began its efforts to accept more African American students after student activists began requesting the school provide more opportunities for them to attend. They introduced in 1967 their Freshmen-Sophomore Honors Scholar Program to help pool more qualified students of color from disadvantaged backgrounds adjust to the academic pace (Knapp, 340).

The Issue of Scholarship

Although Brown v Board of Education created more opportunities for African Americans to have more of an equal standing with Caucasian students in education, they were at a disadvantaged level that presented obstacles for students who wished to attend college with their white counterparts. African Americans faced many restrictions through employment and housing discrimination practices that limited the level of income one could acquire as well as which neighborhood he or she could reside in. A lot of this discrimination arose even more due to the fact that African Americans began migrating to the north and other parts of the nation from the south after World War II.  Their shift in location was also accompanied with a shift of upward mobility. African Americans began their attempt to break out of their current place in society where they work as maids or factory workers.

Then and even in the early 2000′s, African Americans who want to attend an institution of higher learning find it difficult to do so because of financial disabilities. It has been decades since the end of Jim Crow Segregation in both the economical and educational aspects of American society and yet African Americans suffer because of its affects. Hard work and determination were now not enough to allow students of color to attend high ranked institutions that would give them the tools to achieve their American Dream. Realizing this, predominantly white colleges and institutions began partnering with access programs to ensure that African Americans and other students of color would be able to attend their and other institutions. The prominent access program s that allowed students of color to go to top predominantly white colleges in the country began showing up starting the 1980’s. Such programs include that like The Posse Foundation , A Better Chance and QuestBridge.