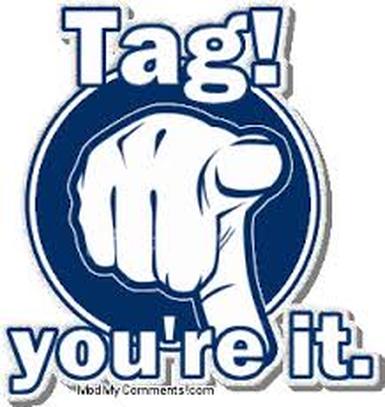 When I was younger, there used to be a game played in urban neighborhoods called “Tag”.  The object of the game was to chase another person trying to touch them and make them “it” or the tagged individual.  This was a very innocent game of running as fast as you could, away from someone, to prevent from becoming the “tag”.  The modern day game of tag is a lot different. Depending on your physical characteristics, such as skin color, our black males automatically become the “tag”. The object of the game is different because the stakes are much higher. Today, avoiding the tag means you get to live another day. Today if you get tagged it means you get a spot in the morgue and a toe tag. You then become a hashtag on social media. Before, the game of tag was played with familiar friends in your neighborhood. Today, tag is played with the “officer friendly’s” that are no longer seen as hero’s but viewed as the enemy that will shoot an unarmed black man down in the street, then fabricate a story to attempt to justify injustice. The familiar tags #Blacklivesmatter, #Nojusticenopeace, #Ican’tbreathe, #justiceforFerguson, #MikeBrown, #EricGarner, #TamirRice, have become monumental symbols for a movement in the fight against police brutality. The most recent hashtags #FreddieGray, #justiceforBaltimore and countless others have been added to the already long list of reminders that black lives really do matter. Unfortunately, in the eyes of some individuals that have been assigned to protect and serve, given a license and a weapon, we have been dehumanized and used for target practice. There is absolutely no logical justification for the heinous acts of violence that have been committed against black men and in some instances, women. Black men are being exterminated at an alarming rate. There is an average of 3 police killings a day, according to an article by Cassandra Fairbanks written on February 16, 2015. We have seen several cases of this played out on CNN, Youtube, Facebook and other streams of media and we still can’t figure out how these killings are “justified”.  We have seen communities torn to shreds because of the outcry of a generation that is being hunted for sport. We are more than a HASHTAG! We are humans with the same inalienable rights as anyone else, yet when one of us is murdered by law enforcement, the conclusion is that we must have provoked it in some way. When will the “boys in blue” be held accountable for their actions? It is not acceptable to murder an unarmed person with no probable cause; then be rewarded with a paid vacation. It is unacceptable to be allowed to character assassinate the victim to cover up the fact that an entire police department is corrupt. Time out for making excuses for senseless acts committed against an entire race of men as if we need your permission to feel safe in our communities. We can no longer accept the predatory behavior of law enforcement. No matter what, we must continue to fight for justice. How many times do we keep voting in politicians whose only agenda is self-serving? Better yet, how many of us vote at all? If we don’t change things in us and around us, there will be many more games of modern day “tag” and hashtags added to an already long list of police brutality victims. #Who’snext????