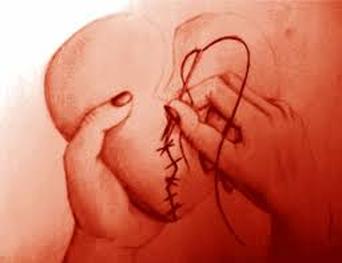 I never could imagine how it felt for a woman to birth a stillborn baby.  Pregnancy generates the anticipation of life and the possibilities of what the person inside you looks like, acts like and ultimately who they will become. A woman nurtures her unborn baby while pregnant. She nourishes the baby with the healthiest diet possible, gets prenatal care, takes vitamins, exercises and gets the proper amount of rest required to deliver a healthy baby. Just like with anything else, you have to put in work to ensure the best possible outcome of a situation. Unfortunately, sometimes it doesn’t matter how much work and preparation we put into something, the outcome doesn’t measure up to our expectation. The disappointment that comes along with the reality seems very overwhelming and the fall from hope to reality is very far. On the other hand, a miscarriage is different because sometimes a woman doesn’t realize there ever was a pregnancy until the rupture occurs. Also, many miscarriages happen at the beginning of a pregnancy before a real connection has time to form so the work has not yet been put into the process because the possibility has not been revealed. There are many things in life that can cause a person’s heart to seem like it’s breaking in a million pieces. Sometimes we can lose faith in the familiar when things don’t happen like we plan. Sometimes life will contradict our belief system. It challenges us to consider the fact that things will be what they will be no matter what. This type of reality is harsh because it completely wipes out the “hope” element that causes us to push past our current circumstances. When a person has been constantly let down, it creates a disconnection from the ability to dream. The future becomes non-existent and the reality of the present moment is the only thing that makes sense. Some people’s current situation is bad and the possibility of the future is all they have to look forward to. Unfortunately, it’s difficult to trust in the things that we can’t see or believe again in that which has previously been deceitful. It’s more emotionally stable to trust what is real, but sometimes the reality is not favorable. The grieving process of a major disappointment takes time. It’s a major let down and what I like to call the death of a promise. The finality of a possibility that never came to pass because someone else dropped the ball is a tough thing to face. The possibility of restoring trust is slim to none. Honestly, I don’t know how long it will take for the heart to mend. Unfortunately, sometimes the wound is so deep that it creates permanent damage. Only time will tell!