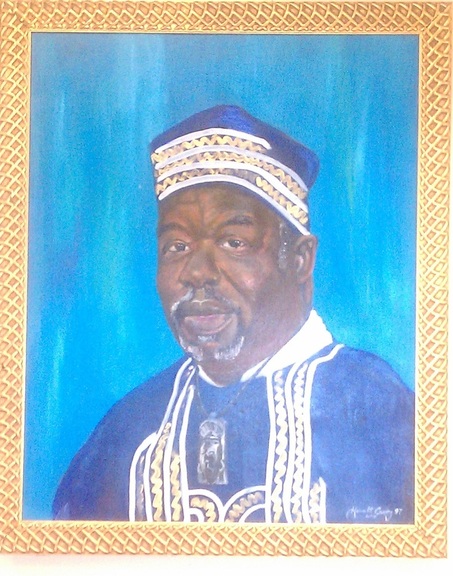 James Otis Williams, longtime director of the Nyumburu Cultural Center at the University of Maryland College Park and a friend and mentor for scores of students over the years, died of a heart attack Friday. He was 57.

An accomplished poet, blues musician, songwriter, author and storyteller, Mr. Williams joined UM as an educational counselor in 1971, the same year the Nyumburu center was established as a social and cultural resource on campus.

Nyumburu (pronounced Nim-boo-roo) is a Swahili word that means "freedom house." Mr. Williams built it from a fledging collection of black student organizations to a major center of culture, history and social activities on campus, known for highlighting the positive aspects of African-American culture but open to all.

In recent years, he led a successful campaign to raise funds for construction of a freestanding, architecturally distinctive home for the center, a $4 million facility that opened last fall next to

Stamp Student Union. It is one of the first structures in the country specifically designed with an Afrocentric theme, inspired the art and architecture of the tribes of West Africa.

But his role as director of the center went beyond constructing and managing a campus building: He became a cultural and spiritual leader of the university's black students.

"He was someone young students gravitated toward -- a father figure, mentor, friend and role model all rolled into one very impressive human being," said UM President William E. Kirwan.

"This is a terrible loss for the institution," he added. "It really is a tragedy for us."

From 1976 to early 1996, the cultural center was housed in cramped quarters on the second floor of the South Campus Dining Hall. Dr. Kirwan formed a committee to begin planning a new home for it in response to a series of protests by black students.

"He [Mr. Williams] was the focal point of the efforts to identify the need and make the case and present the plan and rally the support," Dr. Kirwan said. "Not only did he keep the effort going to get this facility built, but he oversaw it after it opened, and it's a showplace. The fact that he had this past year in what was a monument to him was consolation to all of us."

Mr. Williams taught jazz and blues music courses at UM and in that capacity invited many well-known artists to the campus for concerts. The Woodlawn resident also performed at elementary and high schools, telling stories and singing songs most often related to black heritage and memories of his childhood.

His published works include a novel, "Neck Bones for Supper," three volumes of poetry and several children's books. In 1985, he was inducted into Omicron Delta Kappa, a national honorary society, for his work in the creative and performing arts.

In a 1995 interview, Mr. Williams said he began writing children's books as a way of sharing positive stories about black youngsters.

"As I examined books for children, I didn't like what I saw and found nothing written for the black child to really relate to, and that's when I began to write," he said. "I wanted to show that black families do have good relationships as well as problems and conflict."

Born in Granada, Miss., Mr. Williams attended Jackson State University for two years, initially aspiring to be a doctor. He left to join the Air Force for five years, including a tour of duty in Southeast Asia.

When he was discharged at Fort Meade, he decided to stay in Maryland and attend Morgan State University, where he earned a bachelor's degree. He received a master of arts degree from the University of Maryland in 1976.

Before joining UM, he was a reporter for the Baltimore fTC Afro-American, a program coordinator for a halfway house, a juvenile counselor for the District of Columbia at Cedar Knoll School and the state of Maryland at the Waxter Children's Center, and a youth-opportunity coordinator for the Atomic Energy Commission.