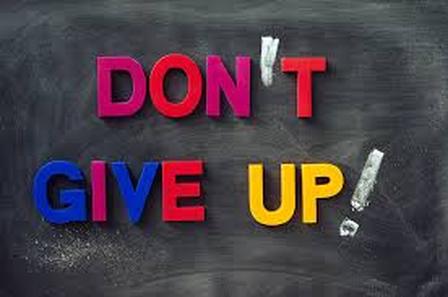 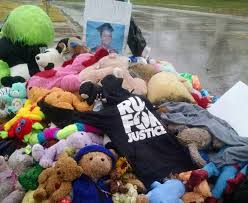 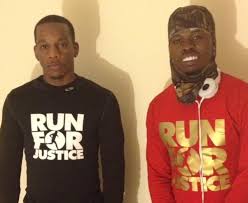 Londrelle Hall and Ray Mills set off on a grueling 550 mile run from Atlanta, Georgia, to Mike Brown’s memorial in Ferguson, Missouri, on November 3. After averaging 35 miles a day for nearly three weeks, the two finally reached their destination on a rainy Saturday afternoon, surrounded by a crowd of admirers.


Hall, a 28-year-old Florida native, explained to ThinkProgress that running is how he copes with internal problems, which is how he came up with the idea to start Run for Justice. “The Mike Brown incident happened and I had a reason to run for not just my problems, but the problems of the world. I came to Ray with the idea of running to Ferguson to raise awareness of what’s going on here, and he was behind it 100 percent. In our society we get complacent and things come and go, like Trayvon…and Mike Brown, so I wanted to do something that was meaningful and kept an eye on Ferguson.”

Hall met Mills, a 29-year-old originally from Atlanta, several years ago. They were reconnected earlier this year through a non-profit organization called Flawed Foundation, which partnered with Run for Justice upon its inception.

The two trained for a month before leaving Atlanta. And both men were overwhelmed at the sight of Brown’s memorial, replete with flowers, candles, and teddy bears.W
When the two finally landed at Brown’s memorial, Hall immediately dropped to the ground and began to cry. “My experience was putting myself in his shoes the entire way,” he explained. “From [Shnucks, a local grocery store], we had the locals walk us [to the memorial] and tell us the story. When I got here I broke down and cried because I was in his shoes and felt the same pain that he would feel, and that the community felt. I know there’s a lot of tension, and I can just feel the energy here and my soul cried out.”

Mills described the scene at Brown’s memorial as “surreal.” “You watch it on TV from home, and we collaborated on this idea. While we’re doing it, there’s no way to expect how you would feel until you’re actually here. When I arrived, it was breathtaking. This young man was killed here coming from a store. He’s one of the main reasons we are here,” he said.
When Hall and Mills set out on their journey several weeks ago, they had multiple goals. In addition to running hundreds of miles in Brown’s memory, the duo also aimed to raise $1 million on GoFundMe.com, a crowdfunding website. They intend to donate every cent raised to Michael Brown’s family in Ferguson; the relatives of 22-year old John Crawford, who was killed in Ohio; and those of 29-year-old Charles Smith, who was shot and killed by police while handcuffed in Savannah, Georgia. Money will also go towards paying the bail and court fees of protesters who were arrested in Ferguson last August.

Hall and MIlls created a website and filmed a promotional video, calling for donations. They also sell merchandise on the website, with all proceeds going to the four entities. None of the money raised thus far has funded Hall and Mill’s 20-day journey. In fact, the two paid for hotels on their own dime.

This is the first of many trips that Hall and Mills plan to take to Ferguson. Although the two do not have plans to run from Atlanta again, they want to help the community in any way they can. “We want to come back after Thanksgiving routinely, as time goes on,” said MIlls. “After the media’s packed up and gone, the community [will] still have issues. We don’t want to forget that, so we have big plans for Run for Justice.”

Ultimately, Brown and Mills would like to see their project evolve into a community-based education program, offering afterschool and summer workshops with African American History, Arts, Critical Thinking, and Youth Empowerment courses aimed at youth minorities.

So far, Hall and Mills say they’re well on their way to achieving both their short and long-term goals. “I think it’s been pretty successful,” Hall said enthusiastically. “People are paying attention to us and paying attention to Ferguson,” “It doesn’t stop here. This is only the beginning; this is just the first run. This is the first leg of continuing to raise awareness of police brutality and racial injustice.”