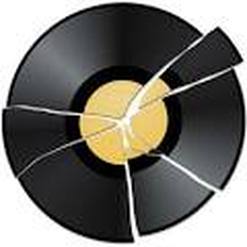 We grow up with many misconceptions. The phrase “I’m sorry” or “I apologize” are 2 of the most common.  When a person deliberately does something wrong to offend, hurt or harm someone else, it is perceived that saying I’m sorry has some sort of positive impact on the feelings of the other person.  The recipient of the offense has to make a decision to either forgive the offender or carry the bitterness of the act. I read something online the other day that I believe is very true, so I asked myself some questions.  How can someone apologize for something that they meant to do? If you step on a person’s foot because you didn't see it, an apology is warranted.  If you have an extramarital affair, an apology is not appropriate.  One offense was not deliberate and the other one was.  The first act was a mistake. The second was a direct result of a person's character and their feelings at the time they committed the act.  There may be a definite reason why people do the things they do. Given a different set of circumstances, they may or may not repeat the behavior, but that doesn't mean they were sorry, it just means they were irrational. A person can and should admit their wrongdoing and the only way to make things right is to change the behavior. This has to occur over time to rebuild the dynamics of a destroyed relationship, if possible. How many times has a person apologized and given the opportunity, they did the same thing again that they previously apologized for. The reason for this is the fact that the apology is given to benefit the offender.  It’s a way to ensure that they regain or maintain a certain position. In other words, it’s a form of manipulation.  The offender never took the time to think about how the other person would feel at the time they committed the act. Honestly, they really didn’t care, that’s why they did it. Usually, the only reason the apology is ever given is because a loss has occurred in the offender’s life or they feel like they are experiencing some sort of karma that they are trying to erase. Actions speak louder than words. Apologies don’t erase scars or rebuild trust. The only way to do that is to change behaviors and patterns.  If you encounter a person, and “I apologize” sounds just as common as “hello”, rest assured it’s not sincere. The reason they keep saying it is because you keep listening to their words and accepting the bad behavior. It's a common tactic called "the broken record theory". This is when you say the same thing over and over again. Remember, Consequences Cause Change. Without an incentive to change, most people don’t!