The Devil is a Liar 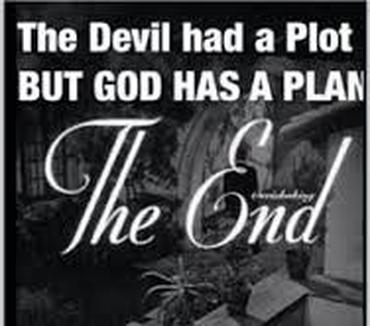 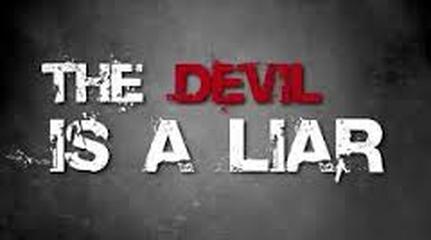 Cunning, manipulative, and calculated, a person operating under a demonic spirit is always busy, seeking whom he can devour. Tomorrow, I'm gonna tell my testimony of what happened to me over the past 6 days. I almost forfeited my mission because I left a crack in the door and a negative entity slowly pushed it open and came back in. See, Satan’s desire to destroy is relentless and he’s on his job 24 hours a day, 7 days a week. He has an army called imps that works only for him. Any sign of weakness and his followers will strike without warning. We have to be very careful because Satan sometimes changes his approach, but he ultimately has just one goal in mind and that’s to kill you. He wants everything you have. He wants your peace, your money, self-esteem, and your dignity. He wants to strip you of your essence and disconnect you from your power source.  We can’t afford to be weak, and when we are weary, we must surround ourselves with things and people that will strengthen us and not continue to further drain our energy. The funny thing about the devil is that he thinks he’s gaining power. He really believes that his schemes and tricks will work. He has delusions of grandeur, believing that he’s entitled to victimize people as he sees fit. He has no love for anyone outside of his himself. He is the father of lies. Satan has deceived the whole world and much of the world doesn‘t even know he exists (Rev. 12:9). Once you recognize who Satan is and who he is not, you must detach yourself from everything connected to him. He wants your soul. He takes his time and attempts to peel back the layers of your strength to render you weak to his requests. When you are a child of God, you must recognize that there are things that Satan cannot do. So, all Satan has left to do is to destroy people by tying them up so well in sin that they cannot reason and understand the Gospel. If he loses someone to Christ, he then attacks them to destroy their Christian victory. 1 Peter 5:8 Be sober, be vigilant; because your adversary the devil, as a roaring lion, walketh about, seeking whom he may devour: 9 Whom resist stedfast in the faith, knowing that the same afflictions are accomplished in your brethren that are in the world.  Satan is the accuser. He will hinder your progress and lie to you as well as about you. The reality is Satan will never repent, he will always be evil. Again, Satan does not love you. Satan is never satisfied. From his first appearance in heaven where he became dissatisfied with his estate and tried to dump Jehovah off of his throne, to the day the devils begged to enter swine in Gaderra, to the day he is walking this earth demanding worship of himself in the Antichrist, Satan has never been satisfied. This kind of person becomes a Hitler or a Napoleon. Any feeling he has akin to affection is overpowered by lust for more and more. What does that tell you about the modern lust for more material things? This lust is what displaces true God given love.) Satan will learn from you. He wants your information because he has no knowledge of anything that you know because you operate under 2 different spirits. What happens is that we can give a devil an open door to hang around WITH us. This can be as bad a situation as being unsaved and being possessed OF a devil as far as I can see. There is no biblical distinction in the amount of evil that can be done in and around a believer who is WITH a devil. So, the door can be opened to Satan and his imps:

Ephesians 4:29 Let no corrupt communication proceed out of your mouth, but that which is good to the use of edifying, that it may minister grace unto the hearers.
Ephesians 4: 31 Let all bitterness, and wrath, and anger, and clamour, and evil speaking, be put away from you, with all malice.

The good part about all of this is, Satan is ultimately a LOSER and he cannot win! (While we may feel some pity for a being who was at such a glorious beginning in heaven, who rebelled and was cast out of heaven on his way to the lake of fire, nevertheless; there is no worthy emotion that you need to waste on Satan. Also, it is folly to waste any bile on Satan. He is neither instructed, nor is he restrained by your emotional raging at him.) Revelations 12:10- And the devil that deceived them was cast into the lake of fire and brimstone, where the beast and the false prophet are, and shall be tormented day and night for ever and ever. Unfortunately, some of us have slept with or are currently sleeping with the enemy! It is important to recognize the schemes and cut it off at the head! Lock the door throw away the key and if need be, destroy the foundation before he finds a cracked window to come through!!!