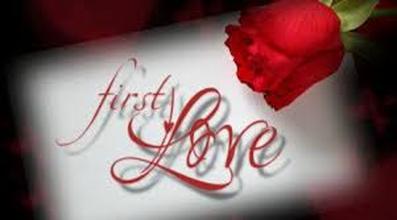 When I was a teenager, I met a young man at the store across the street from my house. Flirting was so innocent back then. It was as simple as a smile or a subtle gesture.  He introduced himself to me and I returned the action. We had a connection so I began to blush. We exchanged phone numbers so we could further keep in touch. We were excited to talk to one another and we talked quite often. We soon decided that we really liked one another, so we decided to get permission to date.  He was welcomed to come over to my house and I was welcomed in his home as well. It was important that both of our parents approved of our blossoming relationship, and they did!  It was nice to finally have my first relationship. We enjoyed one another’s company. Don’t get me wrong, we’re only human and our very young inexperienced hormones frustrated us a lot. We worked really hard but we managed to escape the snares of our flesh. We truly loved one another. We didn’t have anything to encourage our feelings for one another accept the things that really mattered. In other words, there were no hidden agendas opportunities to gain anything accept getting to know one another and spending quality time.  As a young man, he worked hard and I can remember him giving me my first diamond.  He understood the importance, at a young age, of showing a young lady that she’s special just because. . . . As time went on, we just kind of grew in different directions.  I went to college and had different experiences, but I never forgot my first love. Later on in life we kind of stumbled upon one another in the strangest way. He had his back to me and I didn’t see him either, but he heard my voice and he knew at that moment that it was me. I hadn’t seen him in several years, but something in my heart felt a familiar spot in his. That was a good time in our lives and it was special.  I often thought I had a good memory, but there were things that I forgot. The most beautiful thing in the world was the fact that he helped me recall those precious memories that I gently tucked away deep down in my subconscious mind.  We reconnected using the power source of our memories that we once shared. Unfortunately, the connection was halted by the reality that we grew up. We were different and we had several experiences that changed who we once were. We had a hard time accepting our new normal which destroyed the idealistic perception of one another. We lost contact again and it was tough because I often needed a reminder of my life many years ago. Honestly, it just felt good to reminisce about untainted love and the innocence of a life without all of the distractions of our current existence. My memories of him give me peace. I looked at a picture of him and I began to smile because the background was located in the house that I grew up in as a teenager. The best part of this daily dose is that I briefly communicated with him yesterday. It felt familiar again and I realized that some connections are just worth having, even if they are brief breathes of fresh air that reminds us of our essence. I told him that he was a very intricate part of my life way back when and he said, “And I always will be. . .”

“Nothing is ever really lost to us as long as we remember it.”-L. M. Montgomery