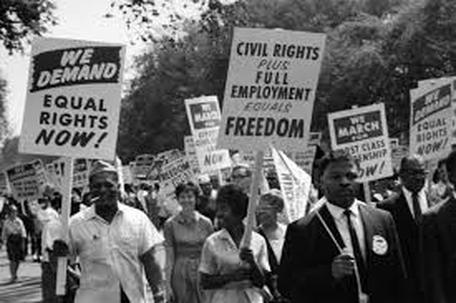 
Will the situation in Ferguson, MO turn into a discussion and, ideally, bring about lasting solutions on how to strengthen civil rights in the U.S., or will it cause a violent and bloody civil war pitting American citizens against each other? That is the question on many people’s minds today after news broke that a state of emergency has been declared in the city ahead of a pending grand jury decision on whether or not to indict police officer Darren Wilson in the shooting death of Michael Brown.

Wilson killed Brown after an alleged altercation at Wilson’s police car window during which, Wilson says, Brown reached for Wilson’s gun. An autopsy showed that Brown had gun powder residue under his fingernails. Eyewitness accounts vary, but six black witnesses have given testimony that supports Wilson’s version of events. Others say that Brown had his hands up and that he was attempting to escape Wilson when Wilson opened fire. Brown was unarmed.

Since the shooting, protests have taken place daily in Ferguson. Shortly after Brown was shot, protesters clashed violently with police as riots, looting and destruction of buildings and property took place. The police did their share to break the law as well, refusing to allow the non-violent protesters to stand still for longer than five seconds at a time, and attempting to violate the First Amendment by forcing reporters to operate from what law enforcement officials called a “free speech zone.” Later, a judge ruled that these police actions were clearly illegal.

Now, as the country tensely awaits the grand jury decision, no one is certain whether lasting change could be enacted through legal means or if deadly civil war will break out. In the case of civil rights, history has shown that most changes occur in the courts, and many community leaders are calling for “restraint” and peaceful actions on the part of the protesters.

Over the weekend, reports came out that the KKK and the “hacktivist” group Anonymous are at odds with each other over the situation in Ferguson. It began when the KKK stated it would take up arms against Ferguson protesters and use “lethal force” if deemed necessary by the Klan. Anonymous responded by hacking into and disabling numerous KKK social media accounts. Anonymous also exposed the identities of several Ferguson-based members of the Klan. As threats of violence, such as the KKK statements, grow, some residents say the situation may continue to deteriorate.

Meanwhile, community leaders are urging restraint, and Michael Brown’s family is begging for peace. However, Ferguson residents do not seem to be optimistic that peace will be the guiding principal to prevail if no indictment is forthcoming. As the Christian Science Monitor reports, shop owners are boarding up windows right and left. The National Guard has been called in. Gun sales are reportedly staggeringly high. It is clear that people are worried about what will happen after the verdict is revealed.

Many are hoping that the incident this past summer could lead to lasting change in the civil rights arena, but others are bracing themselves for civil war despite many calls to the contrary. The grand jury is supposed to hand down its decision between the middle and the end of November. As the month winds down, tensions are winding up, and the country holds its breath as it wishes for a peaceful outcome.