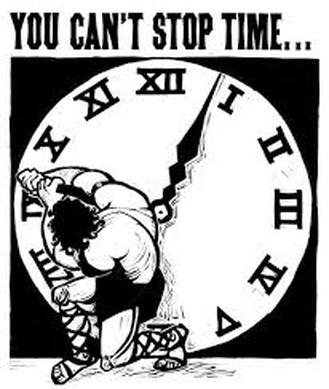 Time is of the essence. Time is one of those things in life that is constantly moving. It does not discriminate, wait, or backtrack. Time has its own steady rhythm and it keeps moving while the rest of the world is sleeping. Many times in life you must seize the moment because an opportunity may or may not present itself in the future. You can’t afford to allow fear to dictate when you do something because again, time will not pause itself so that you can run and get a dose of courage, it will keep ticking and your opportunity might pass you by. Time also has another purpose. Time will reveal! As I was watching the video of the Ferguson police chiefs “apology”, I was saying to myself, 6.5 weeks is a long time to wait to give condolences to a grieving family. As I continued to listen, I also came to the conclusion that the brief statement was not, in my opinion, actually an apology. This was what I like to call a “SAVE FACE” statement. What I mean by this is when a situation arises and the actions cause consequences that might prove to be unfavorable, people will come up with a statement that resembles an apology so that they will appear to be remorseful. See the difference between an apology and a “save face” statement is that an apology is sincere and provide genuine condolences for the other person. A “save face” statement is agenda driven, has bad timing, and lacks sincerity.  After the character assassination of Michael Brown to cover up the holes in Officer Darren Wilson’s story and the efforts to move him out of his neighborhood, the tear gas, the unwillingness of the police department to provide factual evidence, the utter disrespect of Michael Brown’s remains when he was left uncovered in the street for 4 hours, 6.5 weeks later this person makes a very poor attempt at an apology to this young man’s family and the residents of Feerguson? The fact that this police chief was not wearing his uniform, but had on a red golf shirt, and delivered his very poorly written speech posted up in front of a flag made the whole presentation even more bizarre. When people do things like this, if you’re not careful, you can actually start to believe it was done as a sincere sentiment of candor about a situation. Some people are good actors and actresses but the reality is schemes like this never work. The circumstances surrounding the plan will always be uncovered. The key word to all of this is time! That’s it. September 16th, the judge approved a 60 day extension for the grand jury to decide whether or not Officer Darren Wilson should be criminally charged in the shooting death of unarmed teen, Michael Brown. The so called “apology” was done on September 25. I don’t know about you, but it seems like the buying of time continues to be the only consistency in this situation. All I can say is “Don’t Believe the Hype”. People will work hard to dress up a deliberate distraction as sincerity, only to destroy you with their truth at a later date! And the beat goes on . . . . .