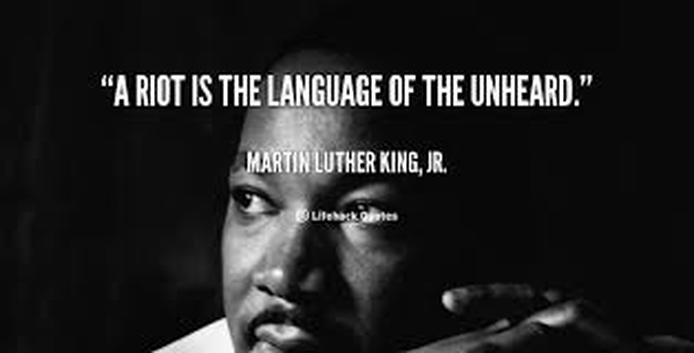 As law enforcement officials and national media gear up for a St Louis County Grand Jury’s announcement as to whether it will levy charges against Ferguson Police Officer Darren Wilson for the August 9th shooting of Michael Brown Jr., activists have issued a 9 minute video communiqué providing an intimate look at the climate on the ground.

Viewers are encouraged to tweet, share, and embed the video using the accompanying hashtag #FergusonSpeaks —extended raw clips of each of the video’s subjects are available upon request.
#Ferguson #jesse williams #tef poe #low key

Over the last 103 days, many pundits, outside observers and outright opponents have co-opted our intentions and ignored our purpose, manipulating our cause to fit agendas that are not our own. Now, having been given the unique opportunity to provide clarity, we want to be unequivocally clear about who we are, why we’re here and why we can’t wait.

We are Americans, exercising the democratic voice gifted us by birthright. We have not brought unrest as it has been called, but rather have brought attention to persistent injustice — and that attention causes discomfort. The status quo is comfortable for those privileged not to live our reality, making the discomfort of awareness necessary. This is the epitome of the free American democracy that Patrick Henry proclaimed, that Frederick Douglass professed, that the Rev. Dr. Martin Luther King Jr. practiced.

We are peaceful. We discipline ourselves and remain resolutely confident in the righteousness of our cause, even in the face of weapons of war. We ensure that actions remain peaceful, purposeful, and focused on our message, not on chaos. That we must continually remind and convince the public of our peaceful stance is disheartening. We are so often irresponsibly labeled as thugs by those who would — consciously or not — use our peaceful protests to revive the myth of the violent black savage.

We are activists, young and old, new and experienced, committed to justice for all people. We believe a change in the culture of law enforcement that leaves unarmed children dead is long overdue. We believe that this is a movement that requires allies from all communities, since all communities should proclaim the humanity of all children.

WHY WE ARE HERE

And make no mistake: Our cause is a call for basic human decency. All children deserve to live their lives in a way that allows them to fully achieve their potential. So we protest, we march and we stand because that opportunity was violently taken from Mike.

We are here to demand that human life has profound value, no matter its trappings, skin color, ZIP code or gender. We are here to focus the spotlight on the unnecessary loss of human life. Stories about assumed chaos after the return of the grand jury’s decision ignore the primary and central fact: an unarmed child was killed far, far too young.

We implore those that scorn and dismiss our protest to walk in our shoes. In too many communities, unarmed black youth, particularly males, are stripped of life and liberty by police officers. Many, far too many, of those unarmed children. And in our peaceful grief, we were met with weaponry meant only for times of war, and invective accusing Mike and our movement of thuggery that justified the violence.

WHY WE CAN’T WAIT

In the days since Mike was shot dead, Kajieme Powell and VonDerrit Myers Jr. were killed, too. A host of peaceful protesters were unjustly arrested. Life, liberty and voice have continually been stripped away.

And as we march toward justice for all lives lost, we also potentially march into danger. While we stockpile signs, we are told that others, who are sworn to protect and serve us, instead mean us harm and are stockpiling guns. Already, heavy-handed police responses to peaceful protests make us justifiably worried about what is to come. Though we are peaceful, we fear for our safety. We fear for our lives.

But while we move toward the unknown, we cannot allow fear to dissolve our movement. We cannot wait for justice, since, too often, delay actually means denial. We must see a sustainable community-oriented shift in the policing of our neighborhoods. We must see the truthful reporting of our cause by responsible institutions. We cannot wait for another life to be lost, for more blood to be shed, for more lines of division to be drawn further and deeper across this city before we change course.

The night they sang a requiem for our fallen brother, our allies asked us which side we are on.

We are on the human side. We hope you stand with us.

Johnetta Elzie, 25, of St. Louis, has been documenting the events in Ferguson on Twitter: @nettaaaaaaaa. She is co-editor of the #Ferguson protester newsletter.

DeRay McKesson, 29, is senior director of human capital with Minneapolis Public Schools and is a Teach For America alum. He has been documenting the events of Ferguson via Twitter (@deray) and is the founder and co-editor of the protester newsletter.

Brittany Packnett, 30, is executive director of Teach For America in St. Louis. She has been named to the Ferguson Commission.

Five others contributed to this commentary.
#ferguson #mikebrown #racism

Ferguson, Missouri (CNN) — The grand jury hearing evidence on the Michael Brown shooting is preparing to meet Friday for what might be its final session, and a decision on whether to charge Officer Darren Wilson could come the same day, law enforcement officials briefed on the plans said.

If a decision comes Friday, prosecutors are expected to provide law enforcement with 48 hours notice before making a public announcement, possibly on Sunday.