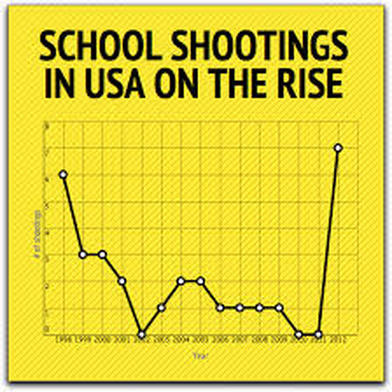 CHARLOTTE, N.C. -- The scenes are becoming all to familiar: "active shooters" going on a rampage leaving kids, co-workers, and even family members dead.

The FBI has just released the results of a 13-year long study of mass killings in the US involving what are called "active shooters."

When the study started in the year 2000, there were on average just over six such shooting each year.

When the study concluded last year that number had skyrocketed to over 16 active shooter incidents each year.

The report is primarily to help law enforcement study and prepare for future incidents, but it is also being made public because almost everyone could find themselves in such an incident.

Tactics have changed since the study started.

In the case of shooters in schools, police no longer wait and try to talk a subject out.

First responders are now instructed to go right in to prevent shooters from taking any more lives.

The study found that 486 people had been killed in active shooter incident over the last 13 year and and additional 557 were wounded.

Of those shootings, 45.6% happened in commercial establishments and over 24% happened in educational environments.

Out of the 160 incidents that occurred, only two involved more than one shooter.