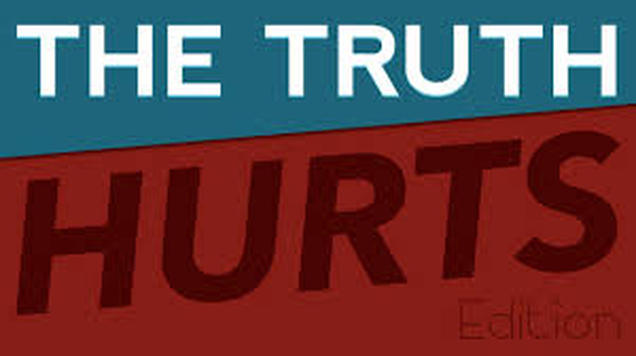 The object of the game, “I Declare War” is to defeat your opponent by taking his or her cards. This is done by chance. Both players must present a card at the same time and the person with the highest value wins the round. There is a war going on in the streets of Baltimore. Based on the reports when I watch the news, this same war is going on everywhere. Before I pass judgment, I like to look at all sides of a situation. At least I like to do that most of the time. So today I want to present a side that few of you may agree with, but it’s something to think about, to say the least.

Hello, My Name is Officer Williams and I represent the Baltimore City Police Department (not for real, this is just role play). I am speaking to you today to ask you some questions on what you really want us to do to stop the senseless crime in our city.  Many of you are angry with law enforcement because we have been accused of using excessive force in many circumstances and to be honest with you, I agree. I am not defending those that abused their power and violated the rights of the citizens of this city. Let me be the first to sincerely apologize for my colleagues, for they don’t represent the views and the standards of the entire police force. Just like on any job, there are those that take advantage of the environment and abuse the system, we too have the same issues. Hopefully, the culprits will be dealt with accordingly. I know many of you feel a sense of betrayal by the judicial system, and to be honest, you are absolutely right. If it were left up to me, many of the complaints filed against the police department would be reevaluated and the officers would be punished to the fullest extent of the law. That’s another issue for another day. Stay tuned!

Today I wanted to introduce myself and dialogue with you concerning what we deal with daily. There are some really hardened criminals in this city. I don’t know if you know this, but there are 110 known gangs in Baltimore alone. These individuals fight to take ownership of different sections of the city that appear to be lucrative for drug distribution. Many times the criminals on the street are the ones with the heavy artillery and are amongst the armed and dangerous, ready and willing to shoot to kill to protect their investment. With everyone, including the criminals, walking around with this sort of “‘F’ DA Police” mentality, we are always #1 on the endangered species list. Citizens of Baltimore, what do you want us to do? You don’t come out to community events to talk about crime, and when you do, it’s only when someone you know has been shot. How many of you will be at the Town Hall meeting on Tuesday? Raise your hands high! I’m waiting. I know; let me guess, you don’t know anything about it! It’s nice that we get together once a month to vent about the problem in the community, but if law enforcement ask you all some questions about crime in your neighborhood, nobody heard or saw anything, not even the nosey lady that stands in the door or sits in the window that can tell you what color underwear you put on this morning. The “you against us” way of thinking has given criminals free reign in the streets. The divide and conquer tactic is working and the Nino Browns and Scarface’s are free to roam the streets, play target practice with our babies and use our hard working young men as human shields. Citizens of Baltimore, when do we take responsibility for the things going on in our community? Seriously, some of the perpetrators are right in your basement on the way to the kitchen to get a plate for dinner. You know who they are, the sons, the grandsons, the nephews that you’ve been raising since they were kids. He is the one who broke your heart a long time ago when he wouldn’t do what he was supposed to do. You keep paying the insurance policy because deep down in your heart you know that it won’t be long before your heart breaks one last time when you sign the policy over to the funeral home. You scream, why? Come on people, we all know why. Every time the police ran up in your house and the bails bonds men knocked at your door. Unfortunately, some of you have done all that you could to raise your kids right, given them everything that they needed, and it still seemed like it was never enough. My heart goes out to you. I know Baltimore, the truth hurts, but the harsher reality is that some of us used the loaded gun of excuses, pointed and clicked. You killed your loved one every time he didn’t want to go to school. Blame yourself for every time he got away with disrespecting you. Blame yourself for the first $100 bill you took from him when he was 16, knowing damn well "lil’ Johnny ain’t got not job"! Haven’t you heard, “Spare the Rod, Spoil the Child?” Somebody should have also told you that if you don’t raise them, the city jail will. You saw him, pulling up in front of your house in the shiny new Benz with no job. The whole family was standing in front of the house ooh-ing and aww-ing like he did some sort of magic trick. Everyone lined up with their hand stuck out, tryna get a piece of that dope boy money. He’s a "KING", pin that is! You keep paying the insurance policy because deep down in your heart you know it won’t be long before you take that slow grief walk. Please don’t be shocked because you dropped the ball. Don’t blame the police, the teachers or the “white man”. Sometimes we must ask ourselves, where did we go wrong? Let me be clear, I‘m not talking about the Tyrone West’s, Trayvon Martin’s, Mike Brown’s, John Crawford’s or the countless others whose inalienable rights were stripped. These are the victims, the prematurely silenced voices that are crying out for peace. We can’t hear them because we’re too busy trying to be thugs, callin’ our women bitches and ho’s, and living the “dope boy” dream all the way from the ghetto to the grave. We lay dead flowers, stained teddy bears, and deflated balloons on corners across this city while countless murders go unsolved. You mean to tell me, nobody saw anything? Exactly! That’s what I thought. How was little Mckenzie’s voice silenced in broad daylight, at the age of 3 and the caption under her name reads unsolved? When will you watch another “300 Men March” walk down your street and you bring out chairs and eat popcorn like you’re watching the Macy’s day parade on Thanksgiving? You all yell and scream and tell those men what they need to be doing, news flash, most of them don't live there; you do. What are you gonna do? Quick question, when was the last time you voted? Oh I know; when Obama first ran for president. You want to talk about rights, the gorillas that shot that hard working new father whose baby girl will never know him, have only one right and that’s to go to jail!  Again, citizens of Baltimore, what do you want us to do? Actually, I have a better question. What are you gonna do?