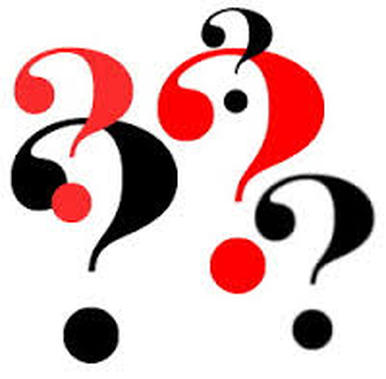 I was just curious to know if I did a survey of Caucasian families about what they teach their kids would they say that they have conversations with them about how to act when stopped or questioned by law enforcement? It’s something really wrong with the climate of America today. I can remember a few years ago when I was living in Pikesville, MD, I had a very intense knock at my door one evening. I immediately got concerned when I heard how hard they were banging as well as the fact that when I looked out the peep hole there were 4 white D.E.A. agents standing there. I responded by asking them if I could help them with something. Their response was telling me to open the door or they would kick it in. I hesitantly opened the door. They said that they were looking for someone that I didn’t know, but coincidently, the young man had my last name. They asked me if anyone else was home with me and I told them yes, my son who was 13 or 14 at the time. They told me to tell him to come out of the room, so I did. They proceeded to question him about his age and where he went to school. They then proceeded to tell me that he didn’t look his age. They also blatantly asked if I thought he could be involved in any type of illegal activity. At that point, I was furious. They also implied that my son could have hidden money or drugs in the house and I just didn’t know it. I told these agents that I pick my son up from the bus stop and drop him off every day because I was a teleworker. The really crazy part is, my son does not have my last name. They then proceeded to ask if I had a live in boyfriend or husband with my last name and I told them no. They told me that the only reason they came to my door was because of the name on my mailbox. The person that they were actually looking for didn’t even live in the area anymore according to a reliable source. I reported the agents because I felt violated. I was concerned because if I had not been home, that would have turned out really bad for my African American son, who is on the honor roll, college bound, God fearing, with perfect attendance, extremely intelligent and aware of everything that’s going on. We both felt violated and at that point I had to explain to my son about being Black and a male in America. As a woman of an African American male, what was I supposed to tell him? What do white families tell their teenage sons? I doubt that they have to tell them the same things that black families have to tell our sons. This whole racial profiling unrest creates a fear factor for our brown boys and men. Our males are always depicted as older and larger than life to create an image of a criminal or an image of intimidation. How dare you question my sons age? I had him!!!! Are you absolutely out of your natural mind? Just because he’s tall, dressed well, and we don’t live in the gutter or look like we live in the gutter, somebody in my house is selling drugs? Many people don’t understand why we are so angry. People don’t get the fact that skin color is a key factor in the perception of our males. We live in a “Shoot Now, Ask Questions Later” society. These agents were determined to find a criminal or criminal activity going on in my house. I support the protest and I share the anger of everyone that’s been a victim of this type of discrimination and police brutality. The cause is real and racism is definitely alive and well.