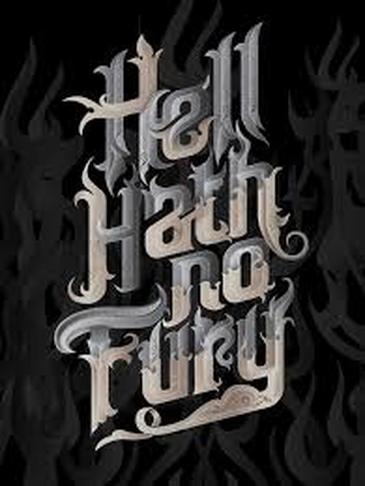 I never believed in fairytales.  Hell, to be honest, I only thought that white folks were entitled to be that happy.  See I grew up watching shows like, “The Love Boat” and “Fantasy Island”, so everyone that was really in love and happy looked nothing like me.  I used to see my mom read romance novels and become engrossed in the lives of the characters that again looked nothing like me either.  I grew up with a very realistic depiction of love.  I’ll just call it long suffering for now.  My vision of love definitely included marriage.  I was one of the fortunate ones that did not know the reality of a broken home.  I was a very intelligent child that was well beyond my years when it came down to rational thinking.  My dad never let me play with Barbie dolls, which was ok with me, because I’d rather play with games like Perfection and Superfection to test my memory skills and speed. Guess deep down inside, I’ve always been sort of a computer geek.  Barbie and Ken just seemed pretty boring in the big scheme of things.  I remember I had a sort of chemistry perfume/ makeup kit. This was my absolute favorite.  Not only did you get to create makeup, but you got to create different fragrances and name them, even the ones that didn’t smell so great.  Needless to say, I made a complete mess, but it was well worth it.  I also remember my Holly Hobby oven that I loved so much. I would often get my mom and dad to sample my creations and they always seemed to enjoy them.  It’s amazing what parents endure to keep their children happy. Now that I think about it, I’m sure the cake that I baked wasn’t that great, but every time they took a bite, they seemed like it just melted in their mouths.

I was always a little prissy. I got my nails and toes done often and I stayed at the salon getting my hot comb in a jar hairdo with spiral curls.  During my teenage years, when self-image became more important, I realized my physical curves became a tool of power.  I can remember wearing my Jordache jeans with the different horse designs on the back. I knew I was fly back then and the boys began to notice too. I never wore underoos or Wonder woman training bras. I went straight from t-shirts to b cups, then c, and so on.  Boys were no longer yucky to me. They were actually cute and I wanted to be around them more.  I wasn’t what you would consider a fast little girl, but I was aware of the laws of attraction and I was ready to explore the theory.

Having a boyfriend back then wasn’t the same as having one now.  The sexiest talk shows that we had on TV were daytime soaps. There was no such thing as cable.  The only thing we had was Super TV, and that stayed scrambled until around 7 pm. Once Super TV came on, mommy and daddy’s room was off limits.  I can remember watching “The Young and The Restless” and wanting to be kissed passionately and roll around in the bed like the characters on the screen.  The throbbing in my lower extremities between my legs made it very apparent that this sex thing was something that felt good and I was looking forward to every bit of it.

I finally had my first real so-called boyfriend.  I mean the one you got to talk to on the phone and actually spend time with.  I remember staying up late at night and sneaking one last conversation before the very familiar yell, ”Get off the phone” came from the other room. Those were the good old days.  We would sneak to the movies together and hang out all day, until the street lights came on.  One day, I remember having that throbbing feeling again, when I was with him.  We kissed and that feeling became more intense.  Neither one of us was ready for third base, so we just played around with second base for as long as we could, which for us meant until we no longer knew what to do.  Let me clarify what second base was.  Plain and simple, we rubbed pants.  The friction of private parts rubbing up against one another with clothes on helped alleviate some of the sexual tension that we were feeling, but I couldn’t help but think that there was more to this thing than I could possibly imagine.

See, my heart was still pure when I fell in love for the first time. Growing up my parents shielded me from the harsh realities of the world. I was very unfamiliar with people that emotionally preyed on the weak just for sport.  I had a very “Picket Fence” perception of the world. I thought that if you loved someone, the least they could do was love you back.  Back then I didn’t know about hidden agendas. I just wanted to love and be loved and I thought it was just that simple, until . . . . . .