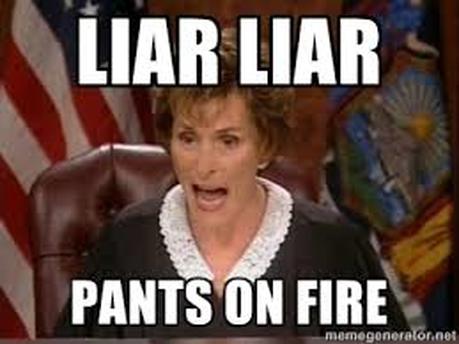 The Lies We Live By

Ok, so I was watching an old episode of “Being Mary Jane” and it became very apparent to me that people are liars. The episode that I was watching was when Mary Jane overheard a conversation, between her best friend and the love of her life, concerning a sexual encounter that occurred between them. When Mary Jane realized what was being said, she got into a horrible car accident that could have ended her career, as well as her life. Her current reality dictated that 2 of the people that she loved the most had betrayed her. She was mentally, physically and emotionally scarred. She had to heal on the inside and out. Mary Jane’s friend, Lisa, that she no longer spoke to, could not deal with the betrayal that she participated in. She was now isolated from the only real family that she knew. Lisa was successful, she was smart, but she was also damaged and lonely. She had several scars that stemmed from her family. Lisa was also dealing with some controlled mental health issues, so everybody thought. When it got to be too much, Lisa committed suicide. Mary Jane spoke at Lisa’s funeral and she uncovered some very important information. She said that we all are liars. Social media has contributed to our undying need to fabricate. The first lie that most of us tell everyday is when we answer the question, “How are you?” People automatically say, “fine, great, good or I can’t complain.” We do a great job at masking our true feelings because it makes those around us feel comfortable. We smile, but the eyes are the gateway to the soul and they tell the truth. Have you ever seen someone that was smiling but there was no joy in their eyes? It takes a lot of energy to do that. We have become good actors and actresses, but those that can actually look below the surface have the ability to unmask the truth. Honestly, people ask the question, “How are you”, out of habit. They honestly don’t want really want to know, nor do they really care. If a person really has a bad day, or are just having a hard time, how would the average person really respond if someone actually told you the truth? Most people would be extremely uncomfortable in that situation. Because of this, we’ve perfected the art of fabricating! When people as me, “How are you”, I don’t answer. If I’m not having a good day, I refuse to lie to make someone else feel comfortable if I’m not. Just say hello and I’ll say hello to you. It’s the most honest greeting that I can give.