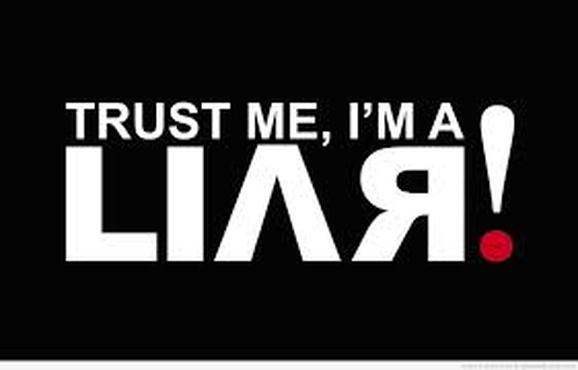 The movie Liar Liar, was a comedy about a hot shot lawyer who was challenged by his son to tell the truth. He lied in court to defend knowingly guilty clients to maintain his popularity as an attorney. One day his son made a wish. He wished that his dad’s ability to tell a lie was non-existent. Unfortunately, the lawyer, played by Jim Carrey had to almost lose his family to realize that he needed to change. Sometimes restoration is not possible and there will be some casualties. When a person continues to betray the trust of another person, it deadens a person’s ability to feel. It creates a certain unbalance in a relationship and destroys the intimacy that was once present. To be intimate with someone, there must be a degree of vulnerability and trust to open up your heart to another person. As I was watching “Iyanla, Fix My Life Part 3” about a man with 34 kids by 17 women, I pondered. When a person is used to lying and getting away with it, that’s all that they will ever do. The manipulation tactics that Jay often used on all of his women were now uncovered. He did what he was used to doing; he threw a tantrum and walked out. The look on the 3 women’s faces was a classic look of emotional unavailability. They were very familiar with his reaction every time he couldn’t get his way. They knew the reaction he would have when he was confronted with information that forced the truth. The fight or flight reaction was the way Jay always dealt with his truth. The irony is the fact that he did not want to accept that his children didn’t trust him. He never wanted to take responsibility for the dishonesty that created the distrust. People with this character flaw always seem to require the utmost respect from everyone else which means they have to trust you completely. It’s funny how someone can require something of others that they are not willing or capable of giving in return. After a while, a person that’s been lied to starts to look at the person that lied as the “Boy Who Cried Wolf.” In other words, nobody believes anything that the chronic story teller says. Actually nobody really cares. The ability to trust is lost and there is an inner defense mechanism that automatically builds an invisible wall to repel the all too familiar disappointment that the lies have created. You can’t keep hurting someone and expect them to feel the same about you. Too trust another person is a sacred act. It means you have to believe something about someone, without having all of the information, just for the sake of believing it. It means you have confidence in someone or something. It means that beyond a shadow of a doubt, you stand firm on the fact that this person will tell you the truth because you believe that they are not capable of hurting you with a deliberate fabrication.  A person wants to feel reassured that the person they decide to trust is dependable. A person needs to understand that once betrayal becomes evident, a new foundation has to be created for trust to ever be restored. Unfortunately, sometimes lies destroy a person’s reality and it causes their feelings for the other person to decrease or dissolve all together. Chronic liars beware! Sometimes, a life of lies leads to love lost forever!