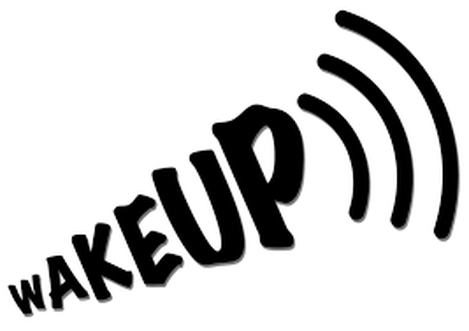 As I’ve watched the events leading up to the Grand Jury decision of Darren Wilson, I was deeply disheartened. Ok, let’s stop sugar coating this. I was pissed off. One thing I am so sick of is everyone’s expectation of African Americans to be dignified, civil, calm and tolerant of the worst treatment in history. We are always expected to conform to this new world order of the free slave. Honestly, this case has highlighted so many examples if deceit, disrespect, and disregard. This was the ultimate cover up. For 109 days the family of Michael Brown, the town of Ferguson, MO., and the world watched a situation play out like a poorly written stage play. It was so obvious that the outcome was going to be as it was. The mere fact that a lot of the information that came out in the officers testimony was obviously made up made the reality much worse. The fact that the x-rays that were requested when the incident first occurred never surfaced. The pictures of the bruises looked like Darren Wilson slapped himself. The bottom line is, if he was hit by this so called “Incredible Hulk” type of guy, there should have been more damage to his face than what we saw in those photos. It is obvious that it took so long to come to this decision because it takes longer to make up lies than to tell the truth. During this time, Michael Brown’s character was put on trial, his mother’s past was put on trial and information about her was made up to try to assassinate her character. The family was disrespected because they were not properly notified about exactly when the decision would be made public. The eye witnesses testimonies were discredited and social media was attacked. Funny thing is, when the video tape of Michael Brown in the convenience store was released, there were no problems with social media as long as it circulated the tape as an attempt to paint this young man as a robbery suspect and a thug. We, as African Americans are always so quick to conform to what White America tells us about how to act and react to things that have been happening to us for years. This whole idea of responding to injustice, lethal force threats by the K.K.K., martial law, death threats, being labeled as dogs, monkeys, and constantly telling us that we get what we deserve, should be handled with peace, dignity, and tolerance is totally absurd to me. Our civil and human rights have been violated, our children are being shot down in the street like animals and we are supposed to just sit back, be quiet and accept this. As soon as we get angry, we are savages. When white people get angry and turn over cars at sports events and rock concerts, fight and tear down barricades, they are considered protesters, without even having a valid reason to protest. Unfortunately, not all white people fall under this description just as all black people are not all bad, but it just seems that blacks don't get the same consideration as we are "required" to give everyone else. Darren Wilson had the unmitigated gall and audacity to refer to Michael Brown as some kind of demon. Darren Wilson actually said, with all confidence, that he would not change anything about what he did. He said that he was supposed to chase Michael Brown, who allegedly hit the officer 10 times. This officer’s conscience is clear. He actually got married 1 month ago, while the family of Michael Brown never, ever got the chance to grieve the loss of their child. How dare anybody expect them not to be angry! Just imagine if it were your child laying in the street for more than 4 hours and denied medical attention. Any human being would have a more than negative response to a situation like that. These boys were targeted! Darren Wilson was not dispatched to this area for any type of crime. Nobody can blame Michael Brown’s step dad for inciting the riot that occurred the night the decision was made. Riots were going to break out regardless because of the way the case handled and because of all of the lies that were uncovered. The reason why the decision was held so long is because the prosecutor knew that his actions warranted riots and protesting and he was a coward because he knew he, Darren Wilson and all of his supporters were being deceitful. His whole testimony was a lie. The makeup of the grand jury already dictated how the decision would go. All they needed were 9 votes and they had 9 white jurors and 3 African American jurors. People, we need to wake up. The lead prosecutors’ father was killed by a black man when he was 12 and you don’t think that he has a vendetta against our race? People really don’t seem to believe this was about race. Well again, I say wake up and wake up now!!!!!